“I see GFF producing future leaders who have a strong enough foundation that they become a catalyst for change in their own right.”

– Kirsten Gerber – Board of Directors

What
GFF will be engaging key stakeholders in the industry, including academia, other non-profit organizations, as well as training specialists to design and deliver leadership trainings that get trainees to put their leadership skills into practice in real-life tasks and/or simulated scenarios. Individuals in the environmental and conservation field who have displayed leadership potential will be selected to undergo the appropriate program(s), becoming new or better leaders through the process. 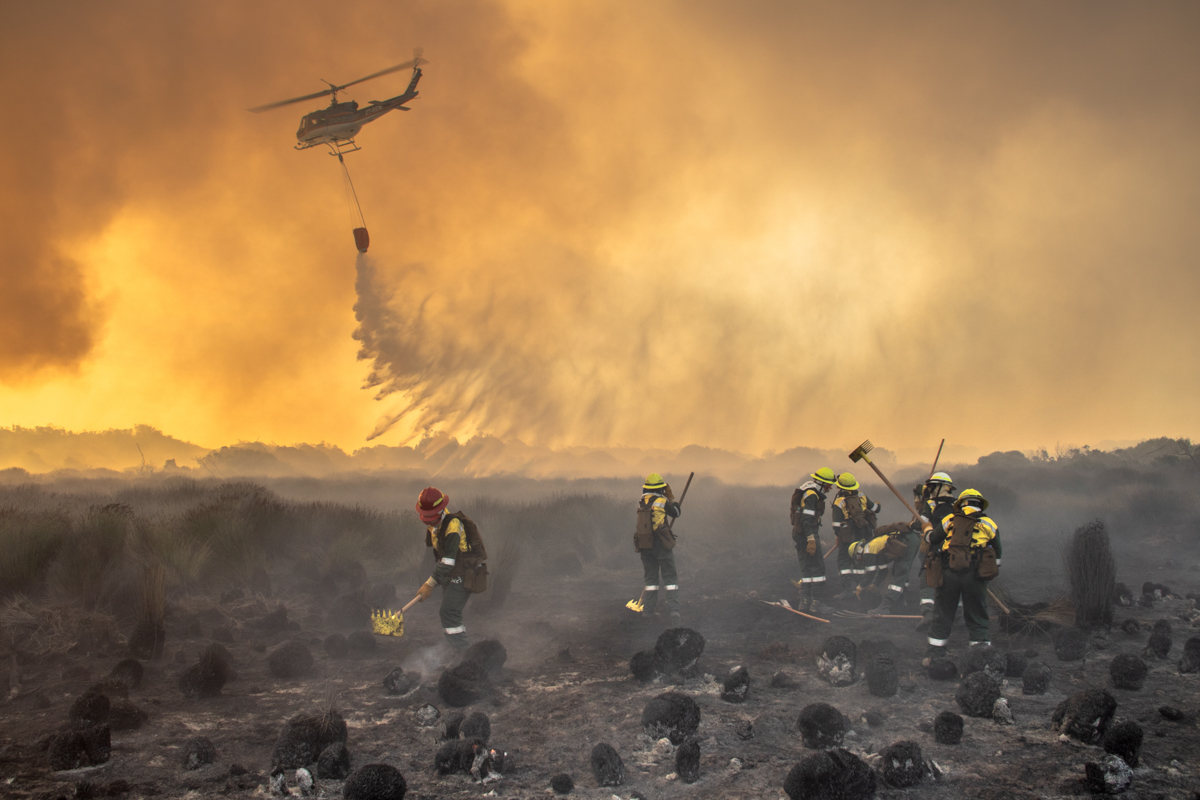 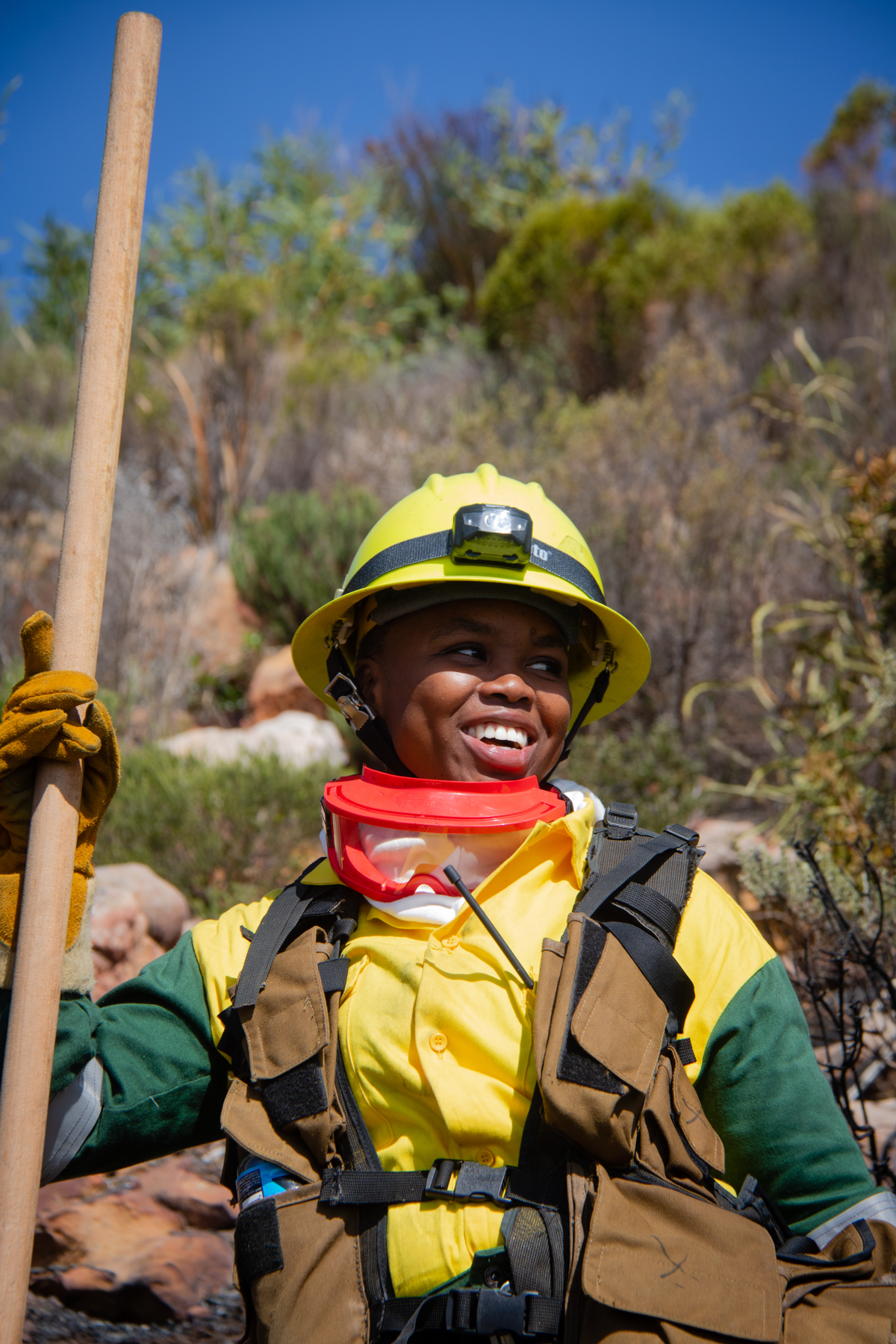 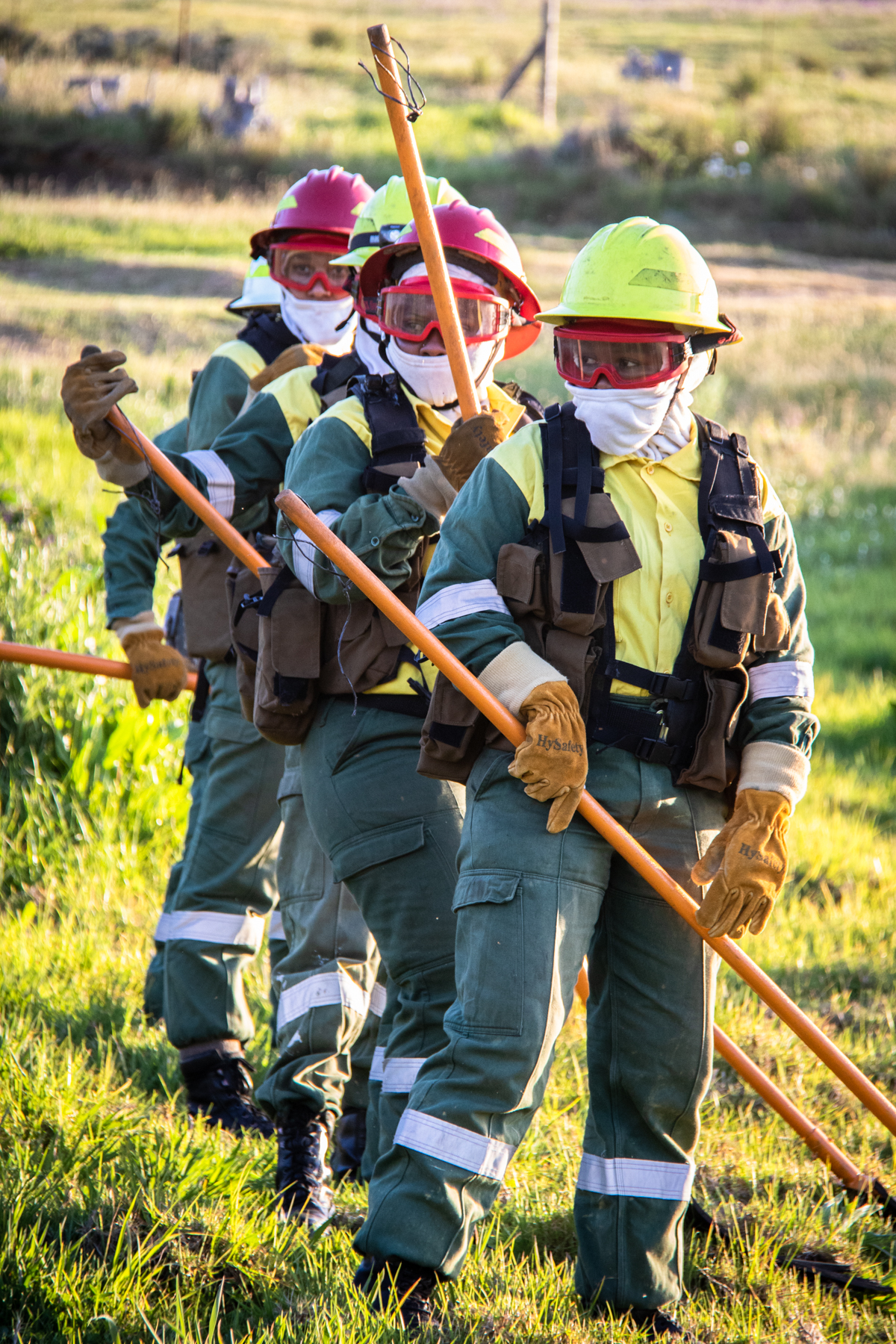 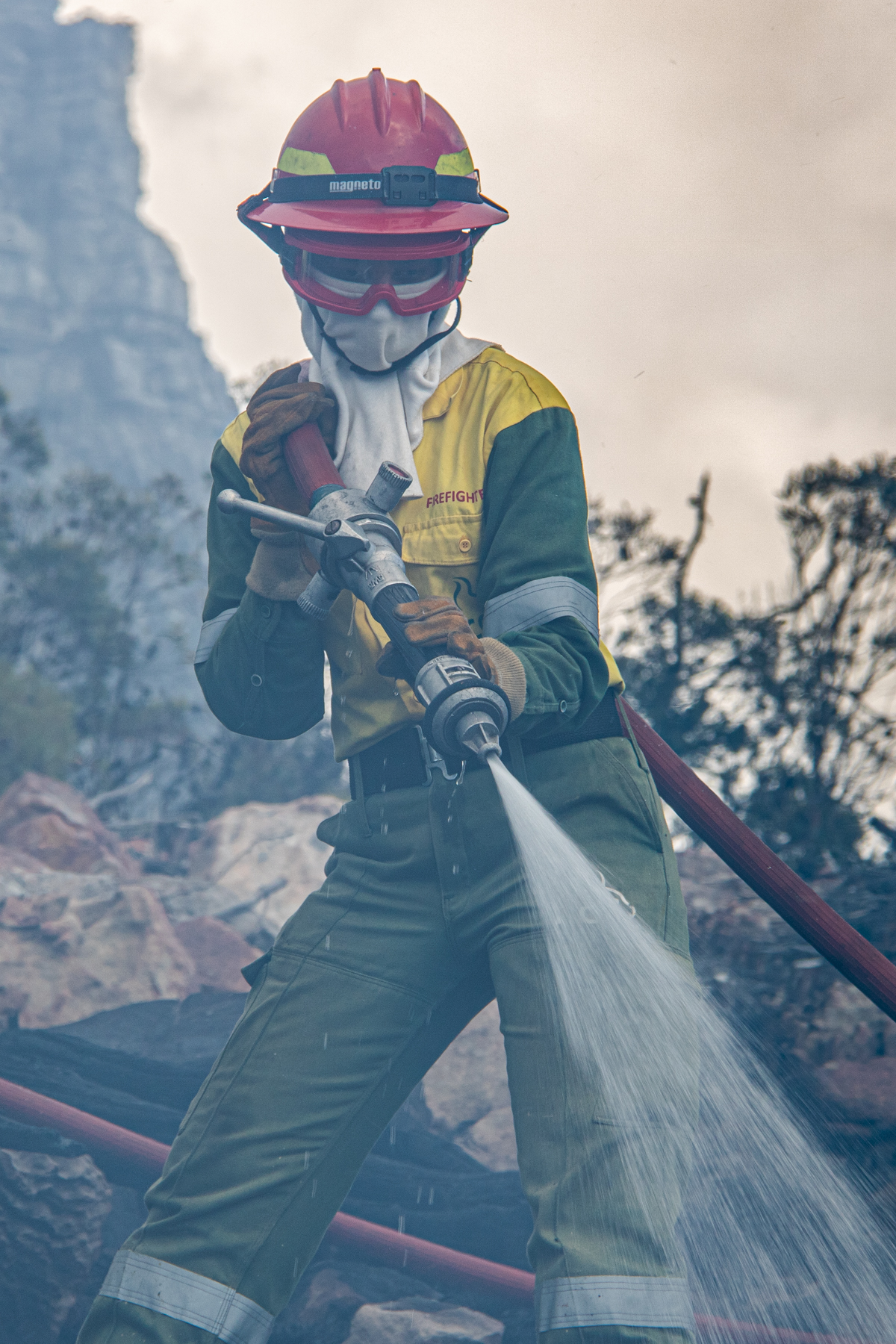 Currently women are gravely under-represented in the firefighting sector with many people still believing that firefighting is not a suitable occupation for women. Juliet Crew, a trailblazing all-women wildland firefighting crew has proved that women have what it takes to get the job done. Firefighting has become a possible livelihood and a life changing opportunity for vulnerable young ladies from disadvantaged backgrounds.

Juliet Crew was established in 2019 through a partnership of Chrysalis Academy, the Consulate General of the United States in Cape Town, the Department of Community Safety in the Western Cape and the NCC Environmental Services Pty Ltd (NCC). It started as a 12-month project to empower and uplift a group of women by training and employing them as wildland firefighters. Many of the women who make up the Juliet Crew come from disadvantaged areas and backgrounds in Cape Town, which include Mfuleni, Macassar, and Khayelitsha, all of which have a reputation for poverty and violence.

Recognizing the huge passion the original crew has developed for the job and the life-changing impact the project has had on individual members, NCC decided to incorporate the crew members as NCC Staff and recruited more. The crew now consists of 10 women.

Juliet Crew has an incredibly successful fire season thus far, responding to calls outs to both Table Mountain National Park and CapeNature Reserves serving in areas like Oudekraal, Villiersdorp, Grabouw, Stellenbosch and surrounds and of course the most recent fire on Table Mountain. Key highlights include 24-hour deployments on the Jonkershoek fires that started on 21 February 2021, and fighting the devastating and destructive Cape Town fire along the slopes of Table Mountain that broke out on 18 April 2021. These ladies have what it takes to get the job done.

The ultimate goal for the crew is not to continue being the only all-female crew indefinitely, but rather to show that women have a place at the fire. That goal will only be reached when they are no longer labelled as women-firefighters but just be known as firefighters. You can take part in this revolution with your support.

The crew have received incredible support thus far. Help was received to fund the initial start-up costs to equip the female crew with gears of the right-fit, a unique challenge in this particular industry that is predominantly geared for men. There were sponsorships of transportation vehicle, hand tools and radios. The crew which is temporarily based at the Vergelegen NCC Fire Base (a male quarters) will soon be able to move into their new “home”. This addresses the substantial risk the women are exposed when traveling in and out daily with all their equipment from a fire, exhausted and vulnerable.

Due to the seasonality and unpredictable nature of fires in the Western Cape, wildland firefighters are unemployed during off-peak periods without a source of income. Even during fire seasons, regulations require them to be off-duty on alternate weeks, during which they are not paid.

At the same time, crimes in parks are an unfortunate and undeniable reality in Cape Town. They have proven not only traumatic for those directly involved, but detrimental to all of society indirectly through substantial knock-on effects in the tourism and hospitality sectors, leading to loss of revenue and job losses. Calls for improved law enforcement and safety within the park are common and recurring themes. Despite concerted efforts, not enough is seemingly being done. The parks are largely ‘open access’ with limited access control, therefore a key and fundamental element required to improve security and deter opportunistic criminals, is to have sufficient eyes and boots on the ground performing regular and frequent safety and security patrols.

There are around 60 firefighters at the Newlands Forest and Kloof Nek fire bases, in close proximity to the popular recreational spots of Cape Town. The Mountain Ranger initiative activates these off-duty firefighting crews as rangers to routinely patrol routes or accompany users in and around the Newlands Forest and Kloofnek areas of the Table Mountain National Park. Their physical presence and timely reporting of suspicious behaviours to official safety managers via radio communications have reduced incidents of crime in the respective areas.

Apart from protecting Cape Town from wildfires during the fire seasons, firefighters are now protecting thousands of local and international visitors in the city’s iconic landmarks and main attractions including World Heritage Site Table Mountain National Park. This program helps provide the much-needed income for these firefighters when off-duty in between fire seasons.

At the same time, residents and tourists visiting Table Mountain National Park would have access to a safer environment. South Africa and Cape Town would benefit through better protection of the tourism industry which is harmed whenever crimes on tourists or at attractions occur.

What more, Cape Town residents will be afforded opportunities to meet and engage with their Wildland Firefighters.

Support this programme that provides livelihood opportunities for these dedicated heroes during the off-peak periods while increasing the safety of users of outdoor recreational spaces. Please consider giving regular donations as a consistent funding is critical in providing income stability and job security for the off-duty firemen. 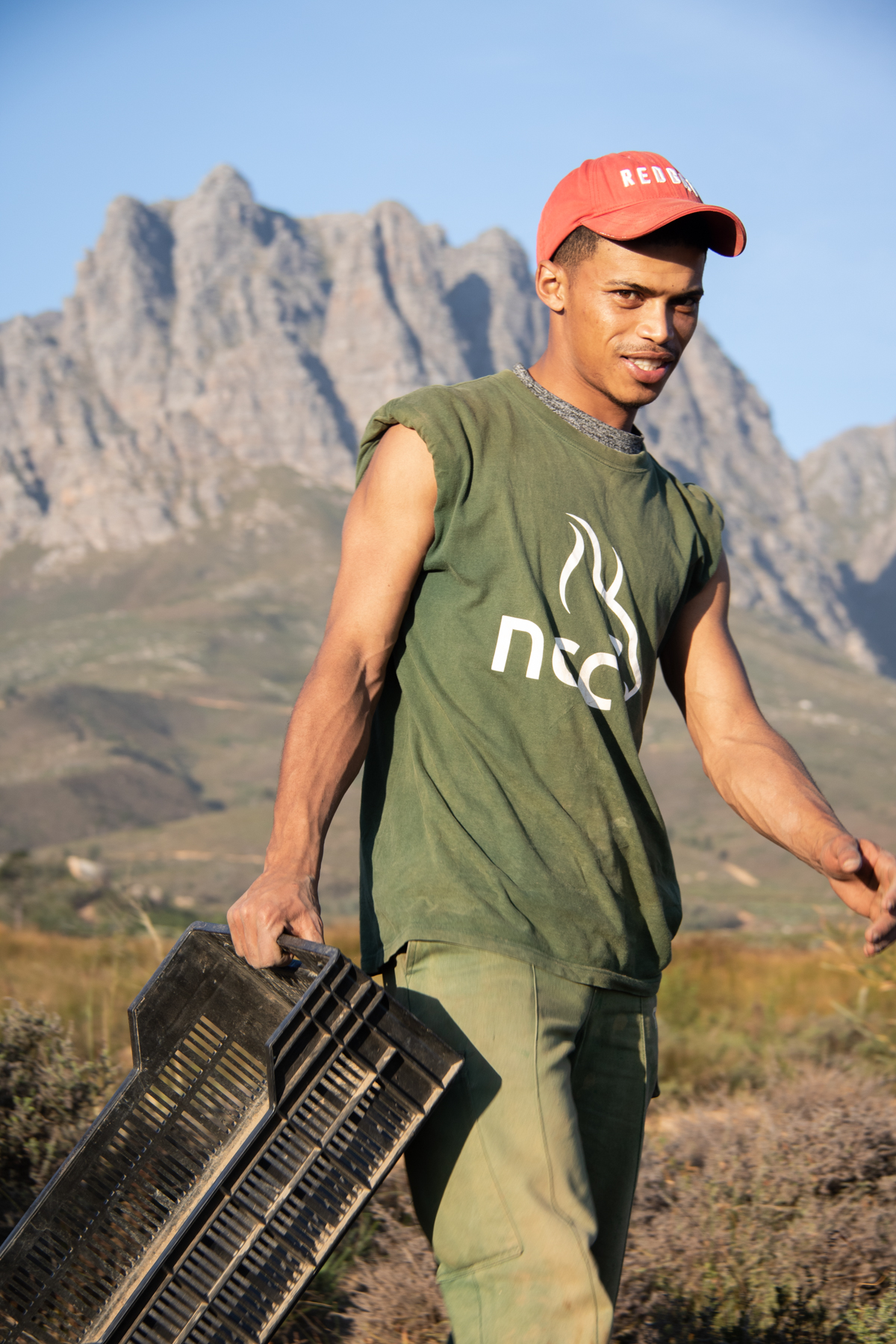 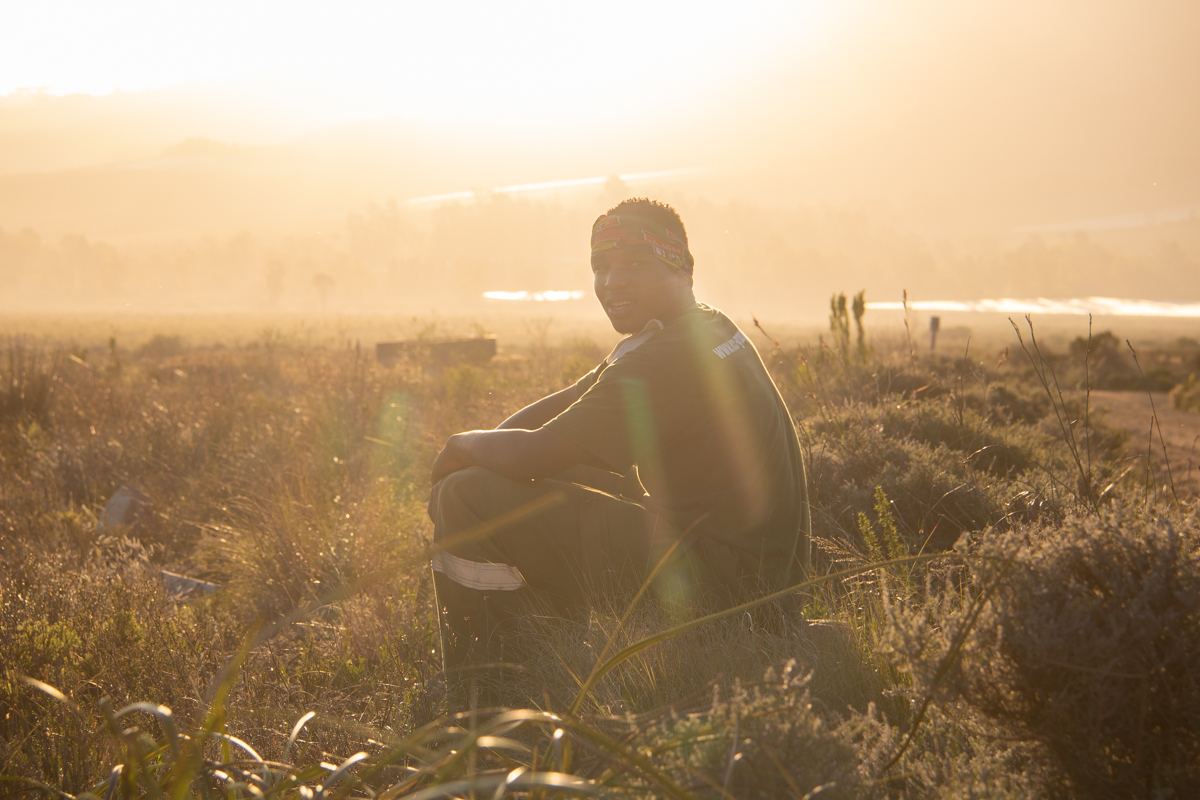 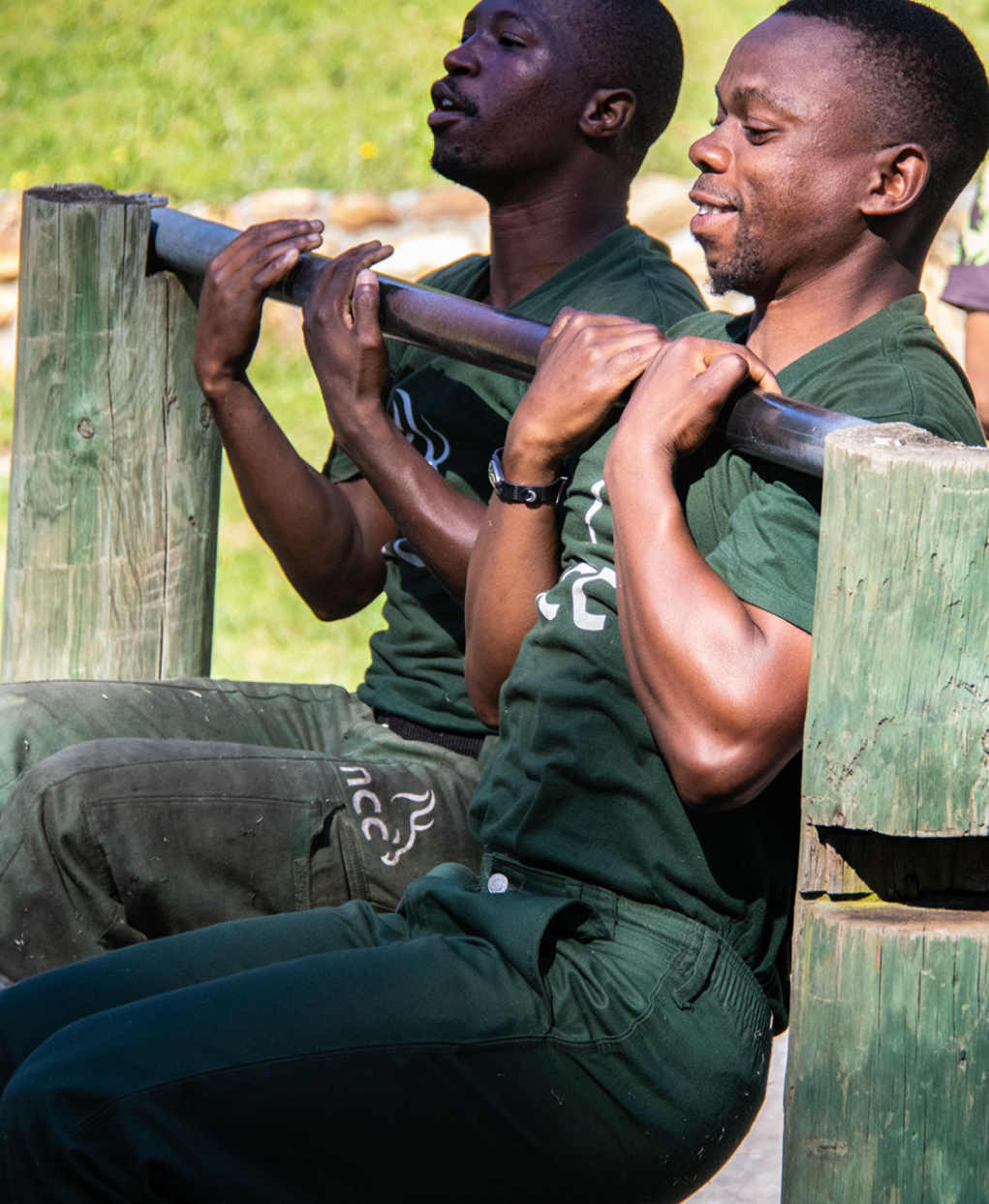 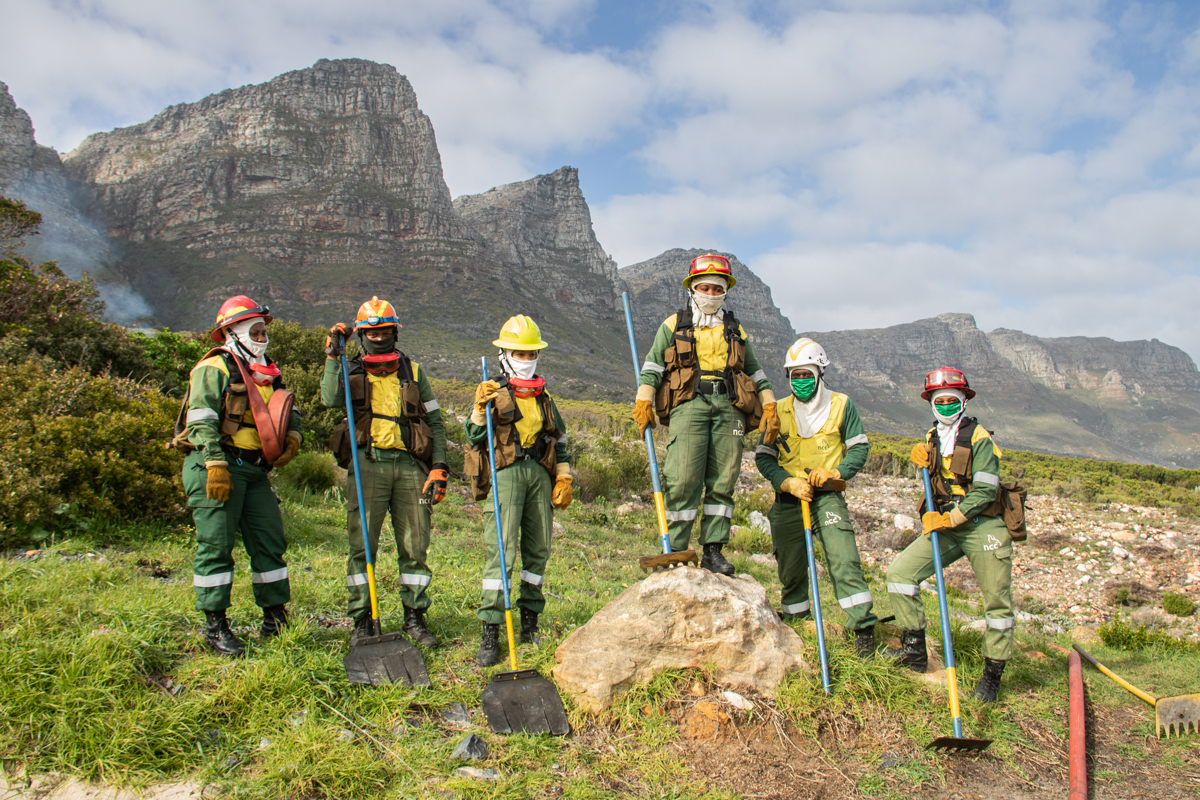